Part of this week’s record-breaking earnings call from Apple included a long-anticipated announcement of the Apple Watch ship date, which will start selling April 2015. While Apple has invested in making the design sleek, I argue that they are still missing on the fashion piece.

Yes, we’ve seen tech innovation dabble in runways and high-fashion editorials (see DVF and Vogue trying to make Google Glass chic) but the adoption and interest from the fashion world has not picked up. (Worth noting: Google Glass recently halted sales to restructure and reassess the project.) 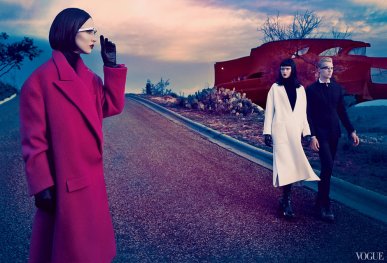 Apple is trying to engage the fashion crowd, though. When it announced the watch back in September, a slew of fashion influencers were invited to the press event.  Apple also stacked its executive team with industry folks including Burberry’s Angela Ahrendts, YSL CEO Paul Deneve and Patrick Pruniaux of Tag Heuer.  While that’s a great strategy (here we are talking about it), this alone will not make Apple Watches “desirable.”

I remain skeptical that the Apple Watch will take off with the fashion crowd. I’d like to see more wearable tech a la Tory Burch, Rebecca Minkoff and Opening Ceremony, which while maybe not as useful as an Apple Watch, at least made style a top priority.  Smaller players, too, are claiming stakes in the fashion x wearable tech market.  Cuff, a smart jewelry company just closed a $5M fundraising round. 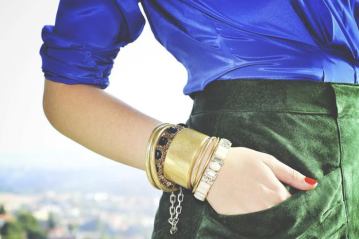 Maybe Apple needs to collaborate with a high-fashion partner or bring on a high-fashion creative director. Otherwise, it has an interesting road ahead at joining the fashion industry or targeting a different demographic.

Happy Monday! Below is a recap of fashion, retail, and tech news from the last week. Each article is accessible via the hyperlinked text after the headline.

Happy Monday! Below is a recap of industry news in fashion, retail, and technology. All sources can be found in the hyper-linked text after the headline.

Below is a recap of news in fashion, retail, and technology over the last week. All sources can be found in the hyper-linked text after each headline:

Below is a recap of news in fashion, retail, and technology over the last week. All sources can be found in the hyper-linked text after each headline: